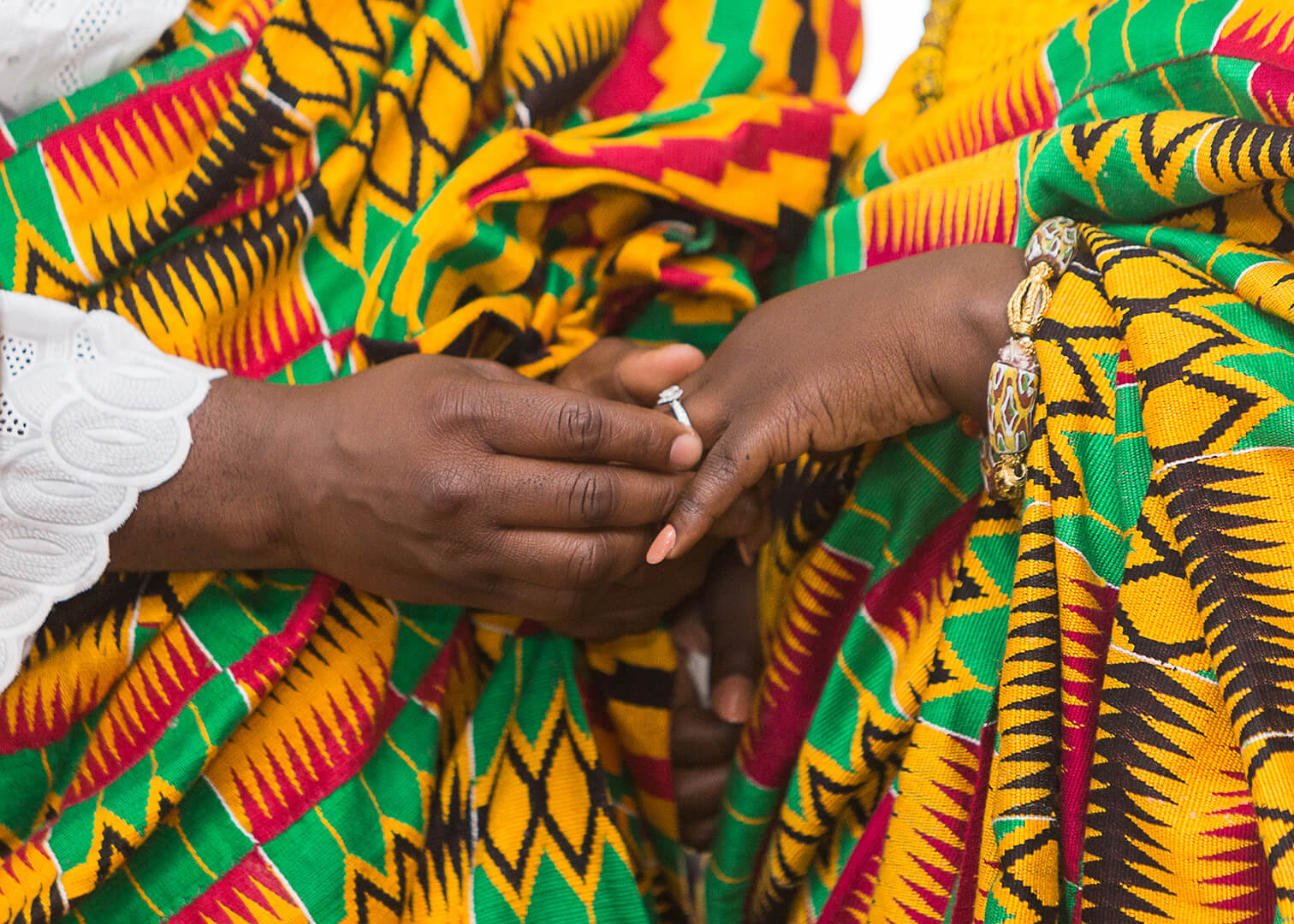 3 Main Types of Marriage in Ghana

In Ghana, and some other African countries, there are three main types of marriage recognizable by law: Traditional/Customary, Marriage under Ordinance and Islamic/Mohammedan Marriage. It is important to note that holding a marriage ceremony, while common practice, is not enough to be recognized by law. However, once the appropriate procedures are followed, all three will be and are recognized and protected by law. Below, we explain the three main types of marriage in Ghana.

This type of marriage is based on tradition and existed long before Marriage under Ordinance/White/Church weddings, which were introduced by western influence. This form of marriage must involve both families of the bride and groom. Certain rites performed are unique to the cultures represented by the couple’s families, while others tend to be common to almost all cultures. In virtually all cases, gifts are offered and a dowry/bride price paid to the bride’s family. Representatives from both families must be present during the presentation, and the gifts and dowry must be accepted by the bride’s family. It is not uncommon to find a ceremony held in the absence of the couple or one of the parties for various reasons; the couple is out of town, or custom may not require it. Regardless, both the bride and groom’s consent must be obtained to proceed with the customary ceremony.

Customary marriage on its own is not recognized by law, unless registered under the Customary Marriage and Divorce Registration Law, 1985 (PNDCL 112). This is done by applying to the registrar of marriages in the district one lives in after the ceremony has taken place. For more information, read How to Obtain a Marriage License. It is not necessary to register a customary marriage if one intends to proceed with marriage under the ordinance, as that is directly covered by the law. In some cases, couples incorporate Ordinance Marriages into the traditional wedding ceremony.

However, if customary marriage is the only form of marriage being undertaken, registering your traditional marriage aids with legal issues such as will entitlements, visa applications, child support and/or alimony payments, medical proxy, etc. It is important to note, however, that polygamy (marrying multiple partners) is permitted in customary marriages, and an individual is allowed to register several customary marriages. Only registered ones will be given any legal consideration.
Dissolution of customary marriages are usually done based on the required procedure of the culture in question. This sometimes involves returning drinks and/or gifts presented to the bride’s family. The courts also have the ability to grant a divorce, and usually do so within the ritual boundaries of the cultures in question. Notification of divorce has to be given to the registrar’s office if the marriage was registered.

Islamic/Mohammedan Marriage is performed according to the the religious requirements of Islam. In this type of marriage, the only form of polygamy permitted is polygyny (a man marrying more than one woman, but not more than four at a time). For this marriage to be recognized by law, it must also be registered with the appropriate authorities, as is required in Customary and Ordinance Marriages.
In order to have a valid Islamic marriage, the following must be ensured:

Dissolution of Islamic marriages, as is to be expected, is carried out within the requirements of the Islamic religion. The divorce must be registered within one month of the divorce date to be recognized by law. With regards to the time period required for both registration of marriage and divorce, special consideration can be sought from the High Court, and appropriate procedures followed.

Often times, many mistakes the church/white wedding for Marriage under Ordinance. This is because some churches have officiants who have the license to perform marriages under the law. This is however not always the case. A marriage ceremony held in a church without proper licensing and registration procedure is simply a church blessing. It is therefore the couple’s responsibility to find out if their officiant has these powers and if not, to follow the appropriate procedure.

Marriage under Ordinance is registered with the Registrar General, one’s local Municipal or District Assembly, and is recognized by law. As such, it is monogamous and does not permit any other marriage unions (registered or otherwise) with other parties. Unlike Customary and Islamic Marriages, the registration process begins before the ceremony is held. This is mainly due to the steps taken to ensure that monogamy is protected. Any individual who proceeds with any other form of marriage to another partner, without properly dissolving previous ones, has committed bigamy, a misdemeanor crime punishable by law.

The three types of Marriages under Ordinance

Marriage by a Registrar of Marriages:

Carried out by an officer at the Registrar General’s, Municipal or District Assembly’s office, who has the responsibility of performing marriages.

Marriage by a Marriage Officer/Minister:

This is usually an individual in a leadership position of a recognized religious body. This person needs to be licensed and gazetted to perform Ordinance marriages and will have a certificate from the government proving this.

This “is where the Registrar General’s Office, MMDA waives certain conditions for an Ordinance such as the length of time for notices or permits a venue (other than the Registrar General’s Office, MMDA or church) to be used for the performance of the marriage.”
The dissolution of such marriage requires the appropriate legal procedure, whether or not customary divorce has been performed.

Related Article
How to Obtain a Marriage License / Register Your Marriage

Information for this article obtained from:
KMA
Graphic
Landwise 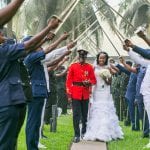 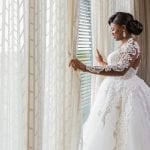